When it comes to the news, political pundits, politicians and even general conversation, “socialism” is quite the buzzword. In fact, Merriam-Webster, the leading dictionary of American English, declared the word as tying with “capitalism” to be the #1 most looked-up word of 2012.1 In the American liberal and conservative divide of mainstream politics, socialism as a word is generally looked upon favorably from the first group and something to be despised and used as an accusation from the second. Conservatives believe socialism is the forceful and unjust redistribution of wealth, while liberals see it as humanitarian economics modeling itself after allegedly socialist Scandinavian states like Sweden. It may come as a surprise then that both of these views are actually myths, and socialism is something much more transformative as this post will hopefully explain. In this particular post I will seek to neither make a case for or against socialism, but rather to objectively explain it as a socio-economic system so you can draw your own opinion but with more knowledge. In order for us to understand what socialism is however, it’s necessary to understand at least the fundamentals of our own economic system so the immediate contrast against socialism becomes clearly seen, which is where we shall begin.

In every society, including the one in which we live in, people come together socially to transform the properties of nature into a product or service of some value. In early hunter-gatherer societies for example, people cooperated to kill animals, find plants and immediately consume or use that which they created or caused with their own hands. Even if we fast-forward thousands of years to the present we still find ourselves socially manipulating nature to create objects of worth, but with one exception: we are not the masters of our own work like in early societies. When we work in groups, our workplace is always legally owned and managed by someone else, and decisions over the workplace ultimately rests in the hands of this one person or group of individuals at the top. A simple term to describe this which we all understand is the business owner, but social theorists and economists instead prefer the term private property for this hierarchical system called capitalism – the economic system which the vast majority of the working world lives in, including the Western world. 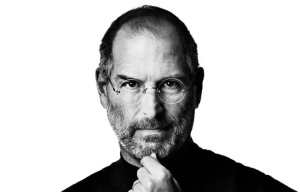 Capitalism’s hallmark is the bold, creative, and intelligent business owner.

This most central feature of our economic system of capitalism is that work is structured in such a way that a person’s labor is always being used as a means to another person’s end. Whether it’s the mom-and-pop grocery down the street, McDonalds or a sweatshop in Bangladesh, all capitalist businesses function to generate a profit for their owners, have that profit be placed into their pockets, and for society to generally respect their moral or legal right to do this. In exchange for this the workers of these businesses agree to contracts of wage labor, another defining characteristic of capitalism, which pays them a certain amount of money for a certain amount of work which they need to live in society. In order for the worker to receive their end of the bargain they must create the products or services that the owner wishes to sell and generate a profit out of, but the worker is not allowed to have a share in that profit.

Most economic historians and social theorists agree that this economic arrangement came after the end of feudalism – another socio-economic system that dominated the world in the Middle Ages. Like the advocates of capitalism who pushed society away from feudalism, socialists then came along who wanted to eliminate this hierarchical system of capitalism between business owners and workers and replace it with one which can be roughly summarized as applying democracy to work. Socialists argued that the workplace should not be owned and managed by one or a handful of persons like with the capitalist institution of private property, but rather that it should belong to the whole society or at least to all the workers in the workplace. In this new economic system is also included the belief that the profit of the business which accumulates after a period of time should also belong into the hands of all those who brought it in with their labor – the workers. The socialist argues that an individual’s labor is no longer being used as a means to an end in socialism, but that the labor is an end in itself which allows the individual to pick all the fruits of it.

Aside from resisting inequality of wealth and income, the many famous socialist academics throughout history have argued for a huge range of possible reasons why such a different economic arrangement would be a better and more efficient one. Karl Marx, the extremely influential 19th century thinker for example argued that it would end a psychological alienation that we experience when we work,2 and Vladimir Lenin, economist, political theorist, and the first leader of the Soviet Union theorized it would help to end war which was according to him totally driven by capitalist profit3. In fact, many other people who are highly inspirational to us were also supporters of a socialist society but often kept the opinion under the radar because of the huge social stigma that has surrounded the word. These people include Albert Einstein,4 Martin Luther King,5 Nelson Mandela,6 Charlie Chaplin,7 Marilyn Monroe8 and countless others. 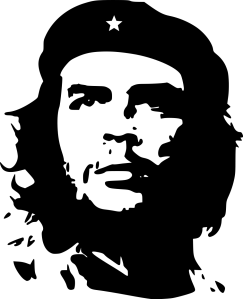 For centuries socialists have envisioned and fought for a different type of society.

If it is true that socialism is a complete undoing of capitalism as defined by its workplace hierarchy and a replacement of it with social or democratic ownership and management of the means of production, (the dictionary definition of socialism9) then at least a handful of existing myths should easily be seen to be untrue. First, the liberal belief holds no weight in viewing certain efficiently administered states like Sweden as socialist societies simply because they provide excellent and cheap healthcare, education, transportation etc. Despite these generous services, Sweden still retains the core capitalist hierarchy between owners and workers in its economy, and many socialist critics argue that this capitalist sector flourishes, especially in its controversial dealings with the Third World, and is the only reason for why Sweden is able to sustain its welfarism domestically. Sweden’s economic philosophy is based on a different system called social democracy, a system which was before in history a form of gradual progression to socialism but is now a practice of heavily taxing private profit and income to create a theoretically more humane capitalism. On a similar note, the conservative protest of viewing progressive taxation as socialism, a system where the tax rate increases if income does too, is also false even if the amount that’s taxed from the wealthy is transferred to the poor. Socialists argue to end the need for redistribution in the first place if according to them poverty and inequality of wealth/income are capitalist creations. 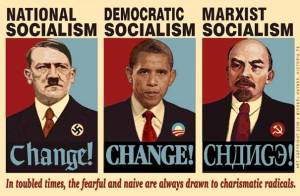 A hugely thick fog of myths surround socialism, especially in the United States.

Another important myth to dispel that comes from both liberal and conservative camps is the idea that socialism always necessitates a full state to exist. Since socialism is a socio-economic system and not a view of government, it does not directly say anything about the latter. Socialism has in fact existed in societies with anything ranging from a very large state to being completely absent of one in the form of anarchism. One such highly fascinating and seldom known example of the second is revolutionary Catalonia, an actual anarchist society of several million people that existed in Spain during the 1930s.10 If a state is to exist, the political theory behind it is known as state socialism and has been advocated for by many academics from Karl Marx to Ferdinand Lassalle. Under this theory, the working class must be fully, democratically, and authentically in charge of the state under a principle similar to the American one of a “government of the people, by the people, and for the people” who use the state as a tool to represent socialism. The 20th century left-wing states who competed against capitalist states in the Cold War looked to this theory as their model, but with controversial levels of success.

The final issue to be discussed, and the most complex one without a definitive answer, is socialist attitude towards the market. Defenders of capitalism claim that a crucial part of their system involves a “free market” – an economic system where people can engage in voluntary transactions with minimal to no state interference. Socialists from the Marxist sphere have argued to ultimately but not immediately end all forms of market transaction, while other socialists, like market socialists, have argued that businesses ought to be democratically owned, run, and engaged in the market without any planning – an economics that is run outside of the market and exists even in capitalist countries like with public transportation, libraries, roads, etc. Many socialists believe in balanced approaches where certain industries are democratically planned and the rest are owned and managed by workers who equally divide the profits of the workplace. Most socialists also agree that pay should not be absolutely equal for all workers as some critics believe, but rather that pay amounts should be democratically set (before the equal profit division) by the principle of “to each according to his contribution.”

In a society where political pundits and propaganda try to push our beliefs one way or another, an accurate understanding of socialism will be one point against them!

5. I May Not Get There with You: The True Martin Luther King, Jr by Michael Eric Dyson

10. Homage to Catalonia by George Orwell